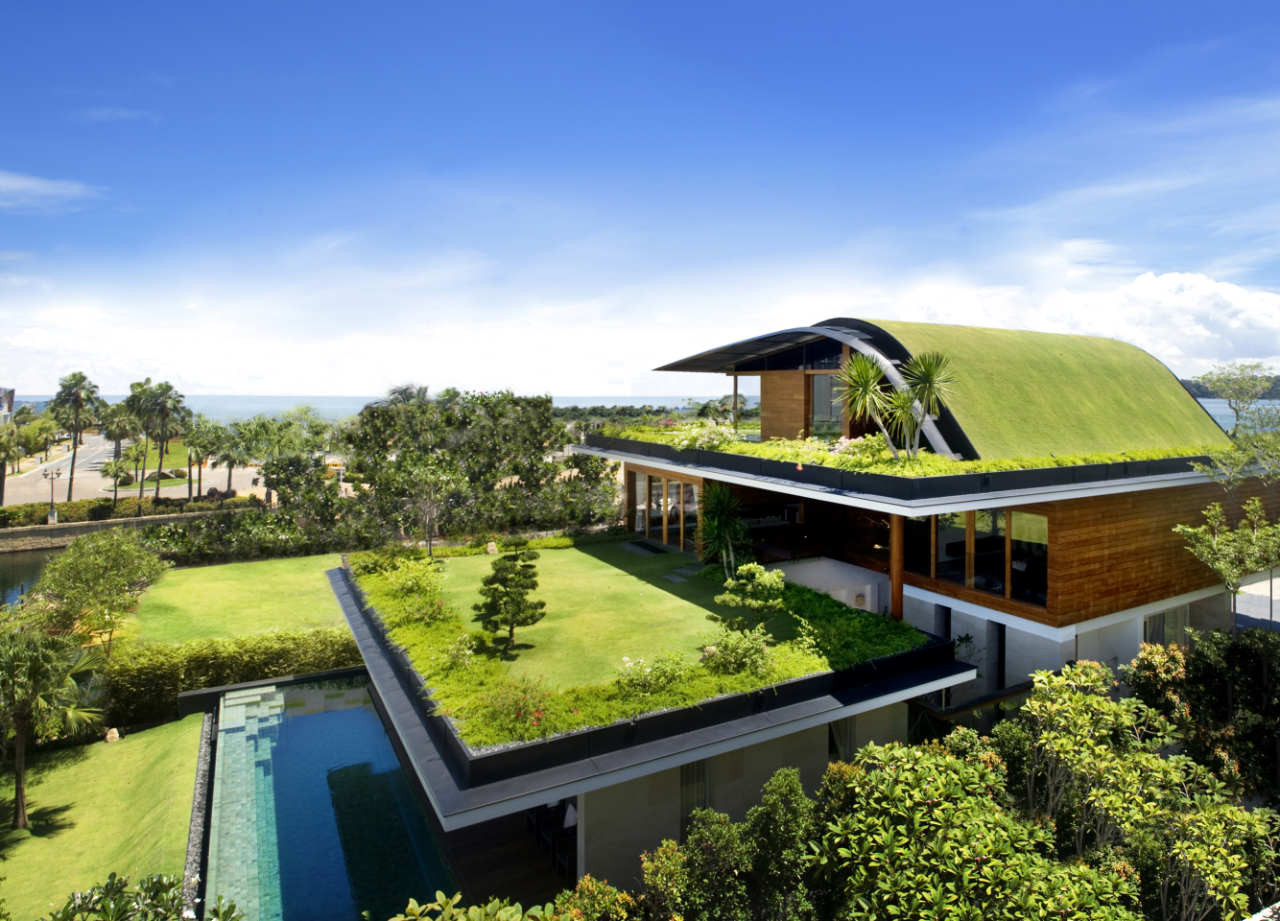 A beginner’s guide to know all about green roofs

What is a green roof?

green roofs are buildings that are that is covered completely with vegetation and a growing medium, planted over a waterproofing membrane. The roof may include a root barrier, which is a physical wall underground placed so that plants may cohabit together. Also, a drainage and irrigation system, so the roof doesn’t get damaged. An irrigation system is an artificial process of applying controlled amounts of water to land to help the production of crops. The drainage system is so the roof doesn’t get filled up with excess water because it could cause a leak.

What are the types of green roofs?

There are two types of green roofs and they are:

Intensive: A tensive roof is one that is used as a recreational space, and often includes similar features to traditional parks and gardens. For example, intensive roofs would usually have shrubs, trees, paving, lawns, and even water features. It is basically a garden on your roof.

Extensive: Extensive roofs normally intend to be viewed from a different location as visual or ecological features. These also do not have people walk on them apart from for Maintenace purposes.

Why are they so popular and what are the benefits?

The green roof market in 2017 was growing by 17% each year. This is because green roofs are very eco-friendly and they are a good way to promote environmental sustainability.  They also have a lot of benefits one of the main ones is that they reduce temperatures and remove heat from the air. In the summer green roofs protect the building from solar heat, and in the winter green roofs minimise heat loss through the added insulation of the roof. They’re also very aesthetically pleasing to look at and that’s why a lot of people go for the extensive roof. Another benefit is that green roofs reduce the risk of fires because of the high water content in the plants. That is a great thing because green roofs provide habitats for birds, insects, and other wildlife.

Green roofs do tend to be more expensive than a traditional roofs, because of all the extra support and the layers that need to be installed.  You would need to maintain it by removing the weeds and applying fertilizer so that the plants carry on growing. You could also have drainage issues, which could lead to excess water flow. However, the roofs also have an average life span of around 40 years. That would end up saving you around £144,397.00 in the long run.

As you can see there are far greater benefits for a green roof. If you are an environmentalist or if you’re not this roof provides a lot of positives for the environment and in general.  Over the last few years, they have been becoming a lot more popular and the sales of them are growing.