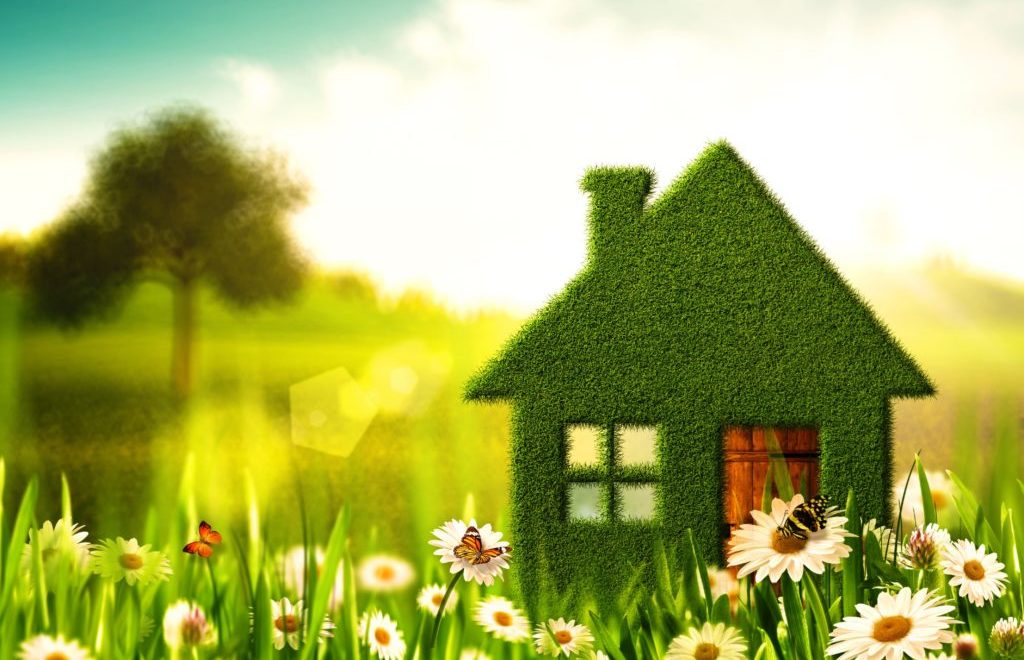 When is the best time to build a house?

Many people wonder when the best time of year to start construction and build a home is. Out of all of the seasons, spring is usually the best time to start your project. However, materials are often cheaper in the autumn or winter, this is because there is less demand.

Why is spring the best time to build?

There are multiple reasons why spring is the perfect time to start building your dream home. Here is a list of the reasons:

The weather is better –

In spring the weather is getting warmer and the skies stay clear which is perfect for working outdoors. Because of this, there will be fewer issues when it comes to the logistics and building of your construction projects. Whereas, if you start your project in the winter, the cold, wet, and harsh weather conditions can make it difficult for the builders to work. Starting a project in the colder weather is also not ideal for you as a homeowner because you are open to the elements, and it could take longer because of delays.

The days are longer –

Due to daylight saving times, in spring you get more hours of sunlight to work with. This is easier for builders because if they get behind schedule, they are able to work later without the worry of it getting dark. The longer the days the faster the project will be completed. So, doing construction in the spring/ summer is beneficial for both the homeowner and the contractors.

Get a head start on the build –

Summer is generally the busiest time of year for contractors and builders. So, the longer you wait and put off the construction the harder it will be to find contractors. This is why spring is the perfect time to start scheduling contractors, electricians, plumbers, etc. 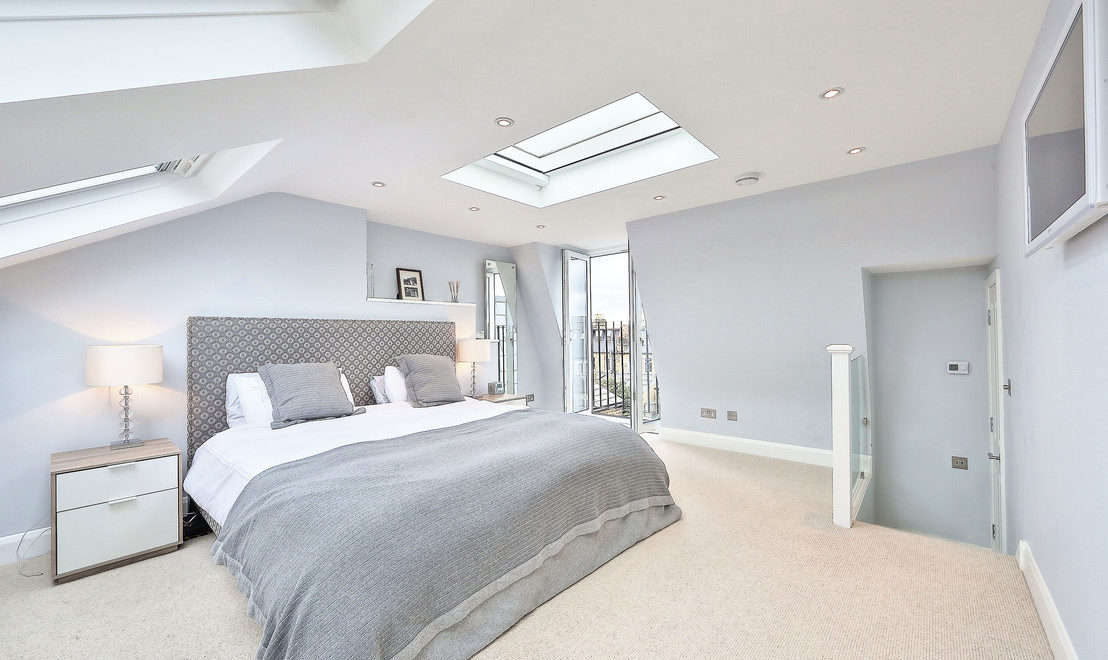 Will you need planning permission for your loft conversion in Ashford?

If you are looking to add more space to your Ashford home then a loft conversion can be a great option. However, if you are unsure if you will need planning permission then read on for further information.

Here are a few things you should know and research before installing a loft conversion:

Will you need planning permission in Ashford?

Most loft conversions are considered permitted development, which means you won’t need to get planning permission as long as the building work fits a certain criterion. So, if you go for a simple conversion, you wouldn’t need to worry. Although, you will need to get planning permission if your plans exceed certain limits and conditions. For example, extending or altering the roof space beyond its current boundaries.

However, if you live in the following you will have to apply for planning permission

You shouldn’t need planning in Ashford if you follow these conditions:

If you are still unsure if you need planning permission then you can contact us here. Feel free to ask any questions and get helpful and informative advice. 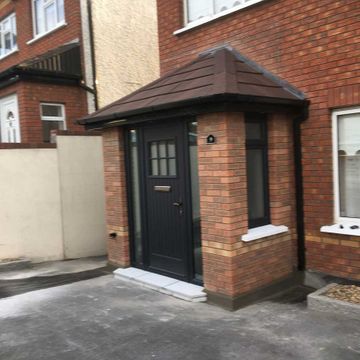 Planning a porch extension in Maidstone

Adding a porch extension to your Maidstone home can transform the look of your property. First impressions are very important to some homeowners, so creating a warm welcome to guests is a must. If you’re looking for a bit of extra space to hold your coats and shoes, then a porch would be a great addition.

Will you need planning permission for a porch in Maidstone?

You do need planning permission if:

You may need permission if you live in a listed building, conservation area, or area of natural beauty.

How much will it cost to add a porch?

Building a porch extension is a fast and relatively cost-effective way to improve the front of your house. The average porch costs around £3,500. This is for a traditional porch made from bricks, with a tiled roof, concrete floor, and glazed composite door.

How long does it take to build a porch extension?

Will a porch add value to your Maidstone home?

Firstly, by adding a porch you are increasing the square footage of your property which will add value to your property. A porch will provide an average return on investment of 84%. The cost and return varies by region, as some places are more suitable for a porch than others. 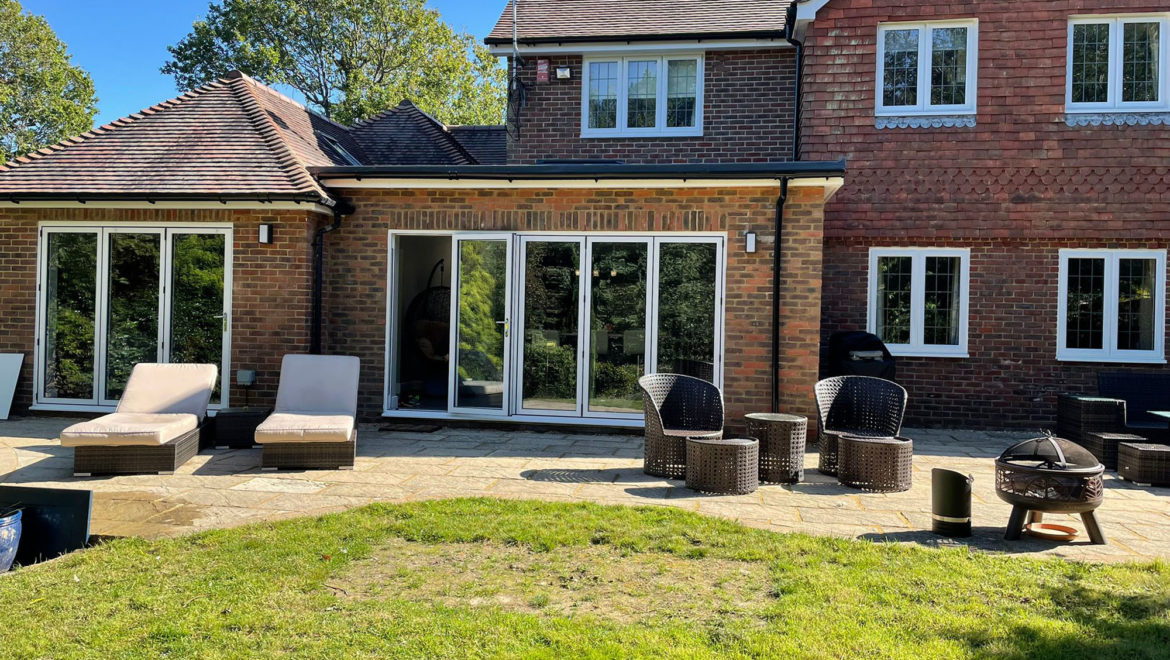 All there is to know about extensions in Sevenoaks Kent

If you are looking to build an extension in the Sevenoaks, are you have come to the right place. Building an extension is a journey. Your build journey will be unique to you and your home, so it is important to plan and manage it well for it to be successful.

What is an extension?

An extension is a great way to add additional space to your home, without moving properties. On average the cost of a house extension in Sevenoaks is a lot less compared to if you were to move to another location that offers more space.

Are extensions in Sevenoaks worth it?

If an extension provides you with the space, you need and is going to improve the quality of the way you live then it is definitely worthwhile. In addition, extending your home can also be a cost-effective investment that will pay back on itself when you eventually sell.

In recent years the government has relaxed planning rules in regards to extensions. The changes have given homeowners more flexibility to improve and increase the value of their homes. Previously, without planning permission, you could add a single-storey extension of up to 3 meters in depth for an attached property and 4m to a detached house, these distances have been doubled.

How much does an extension cost in the Uk?

If you are looking for someone to provide excellent advice and support in and around the area of Sevenoaks. Here at Pro Arkitects we will provide you with the best possible services. 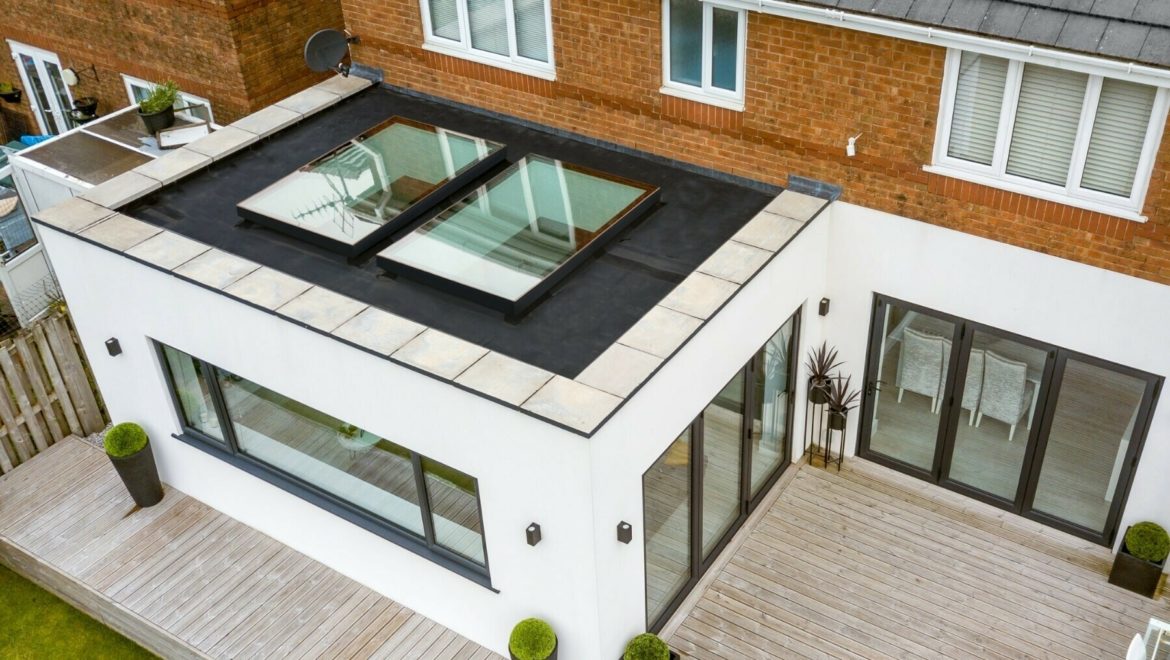 The top Extension designers in canterbury

Extending your house is a popular way to increase space and add more value to your property. Whether you’re thinking of a side extension, garage extension, double or single-storey extension, there is so much to consider especially which company you want to design your project.

Things to consider before you start –

Some extension projects do not need full planning permission and are referred to as permitted development.

Will it add value?

With any project that improves your home, it’s good to check if the plans would increase the value of your property. if you speak to a good architect or estate agent they may be able to give you an indication of how much your house would increase in value.

And other aspects that ensure a safe building

Who is the right designer for your project?

When it comes to your project it is important that you chose the right person to do your service. There is a number of options you can choose from, such as:

You can look online and see what will work best for you and the highest rated in your area.

We are providing all kinds of architectural services in Canterbury. Our team of professionals is highly experienced in handling such projects. Furthermore, we are a Design & Build company, which means you do not need to go elsewhere as you are going to get all the services from planning, drawing to construction under one roof. 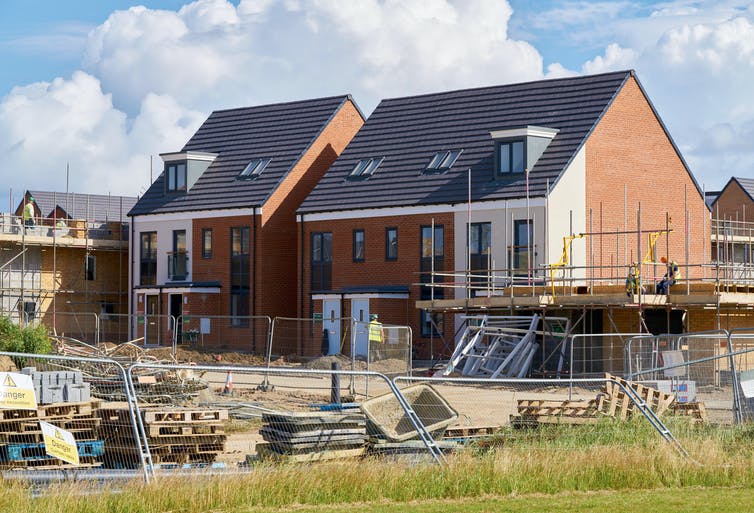 Councils in Kent, punished for not hitting their housebuilding targets

Medway, Canterbury, Tonbridge & Malling, Sevenoaks, and Gravesham have all been sanctioned for hitting less than 75% of their housing targets, over the past few years. If you live in these areas, you may want to propose a new housing project, because they’re more likely to be given the go-ahead. Or, the planning inspector will be more generous with their decision, so they can meet the target.

Between 2018 and 2021 Ashford and Maidstone’s councils are at the top of the housebuilding list. They both exceeded the target and build many homes, for example:

And the councils at the bottom of the list that was way under the target, and are now facing repercussions are:

What happens when you don’t hit the targets?

In addition, by not hitting the target, the councils’ local plans, that control the supply of housing are now considered out of date.

Sanctions will remain until the government publishes results showing the councils are back to 75% of its target.

What is a council local plan?

Local plans are used to help decide on planning applications and other planning-related decisions. They are the local guide to what can be built where. Shaping infrastructure investments, and determining the future pattern of development.

How a couple of the councils have reacted –

The canterbury council chief has said, “it cannot be right to punish councils that are working hard to do what the government asks”. He states that the reason they didn’t meet their target is because of the impact of covid-19.

There was also an issue with the water quality at Stodmarsh, which prevented the council from granting permission on sites.

The chief is begging the government not to punish the council for the factors affecting the houses being built at are “out of our control”.

In addition, the government has announced that Gravesham hasn’t met the housing target for the past 3 years. And that they should grant planning permission to new housing unless there is a major reason not to.

The leader of the Gravesham council has spoken out and said “we find ourselves in an increasingly difficult position, as a result of the government’s housing delivery targets”. 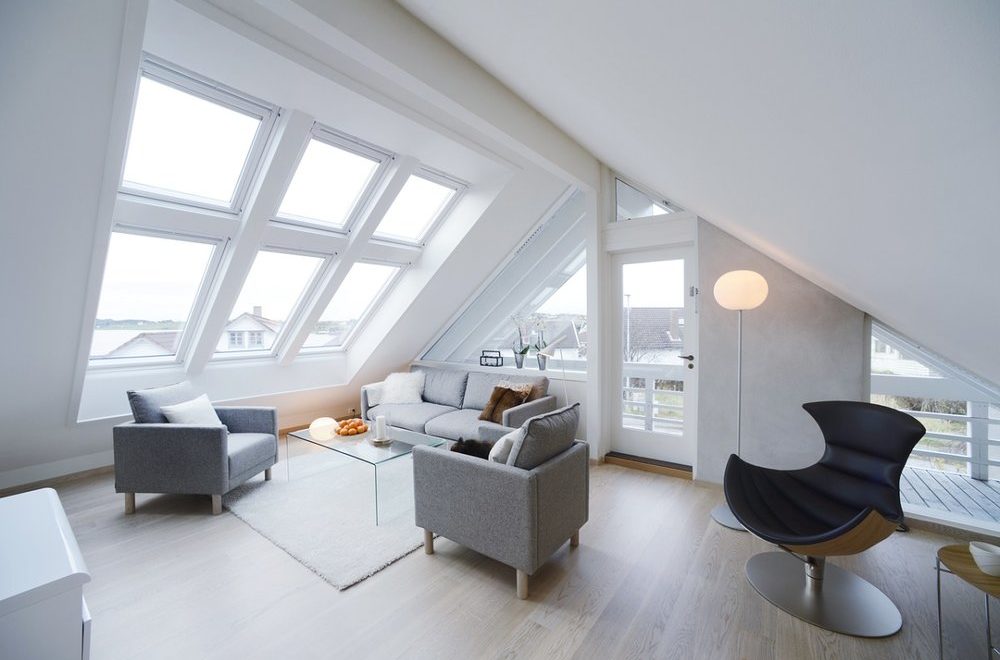 The best 2022 guide to a Velux loft conversion

If you’re looking to gain extra space in your home, and want to add value to the property, then a loft conversion can be a great solution.

What is a Velux loft conversion?

A Velux loft conversion is when the shape of the existing roof is retained and Velux windows are installed into the rafters. The rafters will have to be cut depending on the size of the new windows, the inside of the roof space is fitted out to a carefully thought-out design. The name Velux is after a famous brand of loft windows.

Will you need planning permission?

Most loft conversions are considered permitted development, which means you won’t need to get planning permission as long as the building work fits certain criteria. So, if you’re looking to get a simple conversion with roof windows, you generally don’t need to worry. However, it is best to check just to be safe.

How long does a this loft conversion take to complete?

Velux loft conversions are usually completed in between 4 and 6 weeks since they are one of the simplest conversion types.

Cost of a Velux loft conversion –

The average cost for a Velux loft conversion is around £27,500. However, there are various things that will affect the cost such as:

A Velux window is easier to install than a dormer window, and still provides a good amount of light to the space. The windows are paired with a number of modern features, such as:

How they can transform your home?

Compared to other loft conversions, Velux requires less construction and hence low cost. The main addition in the loft will be the Velux windows to transform the space. Many of our clients have used this extra space for:

You see, there are lots of possibilities to transform this unliveable place into something useful for the whole family. Furthermore, the windows in the loft will allow for more natural light and ventilation. If you are living in a warm area, then you can use glass that prevents sunlight from entering.