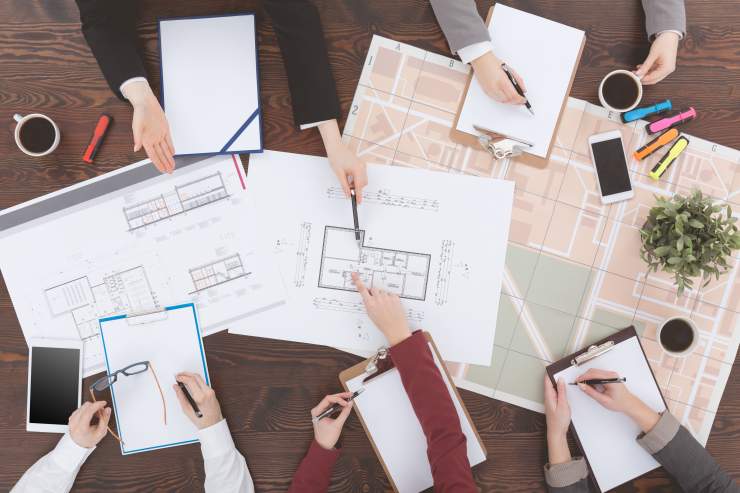 2021 Top Architecture Firms in the UK

Who does not need the help of an architecture firm to help them build their dream home? Whether you are building a new home or an extension, the architecture firms make the process easy for you. They help you with design, Planning Permission, Building Regulations. In this article, we will discuss the list of top architecture firms in the UK.

Having that in mind, an architecture company is your best friend when it comes to building your dream home. That is why; it is important to hire an expert in the industry. You see, the house is not just something like furniture. It is where you are going to live with your family. It is really important to have a house according to your needs and requirements.

There are many top architecture firms in the UK, but we will only share the top 5. So, without further ado, let’s get started.

Zaha Hadid is one of the best architects in the UK. She is the first woman to be awarded the Pritzker Architecture Prize.

She got her early education in an American Institute in Beirut, Lebanon. After that, in 1972, she went to London to study architecture. In 1983, she gained international recognition due to her great architectural work. She died in 2016, but still, Zaha Hadid Architects is one of the UK’sUK’s top architecture firms.

Foster and Partners are the 2nd top architecture firms in the UK. It is an international studio for integrated design and architecture. The practice is led by Norman Foster and gain recognition by constricting high-profile glass-and-steel buildings.

Building Design Partnership Ltd, also known as BDP, is a firm of engineers and architects. They are providing their services, not in the United Kingdom but internationally. George Grenfell-Baines found this company in 1961 with architects John Wilkinson and Bill White, and eight associate partners.

BDP was an experiment of multidisciplinary working and profit-sharing back in 1941 by Grenfell-Baines. This company is associated with a variety of large public and private projects.

Allford Hall Monaghan Morris comes at no.4 on our list of top architecture firms in the UK. It is also an international firm based in Clerkenwell, London. Simon Allford, Paul Monahan, Peter Morris, Jonathan Hall form it in 1989. Since then, this firm has worked on my education, housing, offices, arts, and healthcare projects. In 2015, it received the RIBA Stirling Prize award.

At no.5 comes Allies and Morrison LLP, which works in urban planning. The firm has two offices: London, Cambridge. Furthermore, it is one of the largest architectural firms in Britain and founded in 1984. They cover various services such as architecture, renovation, and conservation of historic buildings, planning, research, consultation, and interior design. One of the notable projects is the redevelopment of the Royal Festival Hall. Furthermore, they redeveloped King’sKing’s Cross Central, BBS Media Village, Queen Elizabeth Olympic Park. They worked throughout the UK and in the Middle East, North America, Africa, Ireland, and India.

Sheppard Robson is another top architecture firm in the UK founded in 1938 by Sir Richard Herbert Sheppard. The office is located in London, Glasgow, and Manchester. This firm is one of the pioneers of concrete shell structure, but now they are the sustainable architecture leader. Richard Sheppard was a skilled and talented designer. They made their first success in 1944 with the Jicwood Bungalow, where they used material from aircraft manufacture.

Pro Arkitects based in Ashford, Kent, is a design & build a company specializing in helping its clients with all their construction needs. They have recently won Multi-disciplinary Design & Build Studio of the Year 2021- Kent. As a Design & Build company, it provides all the services starting from the design to building the building such as interior, architecture, structural, Planning, Research, consultation, etc. They are currently providing their services in Kent, Sussex, Essex, and London.