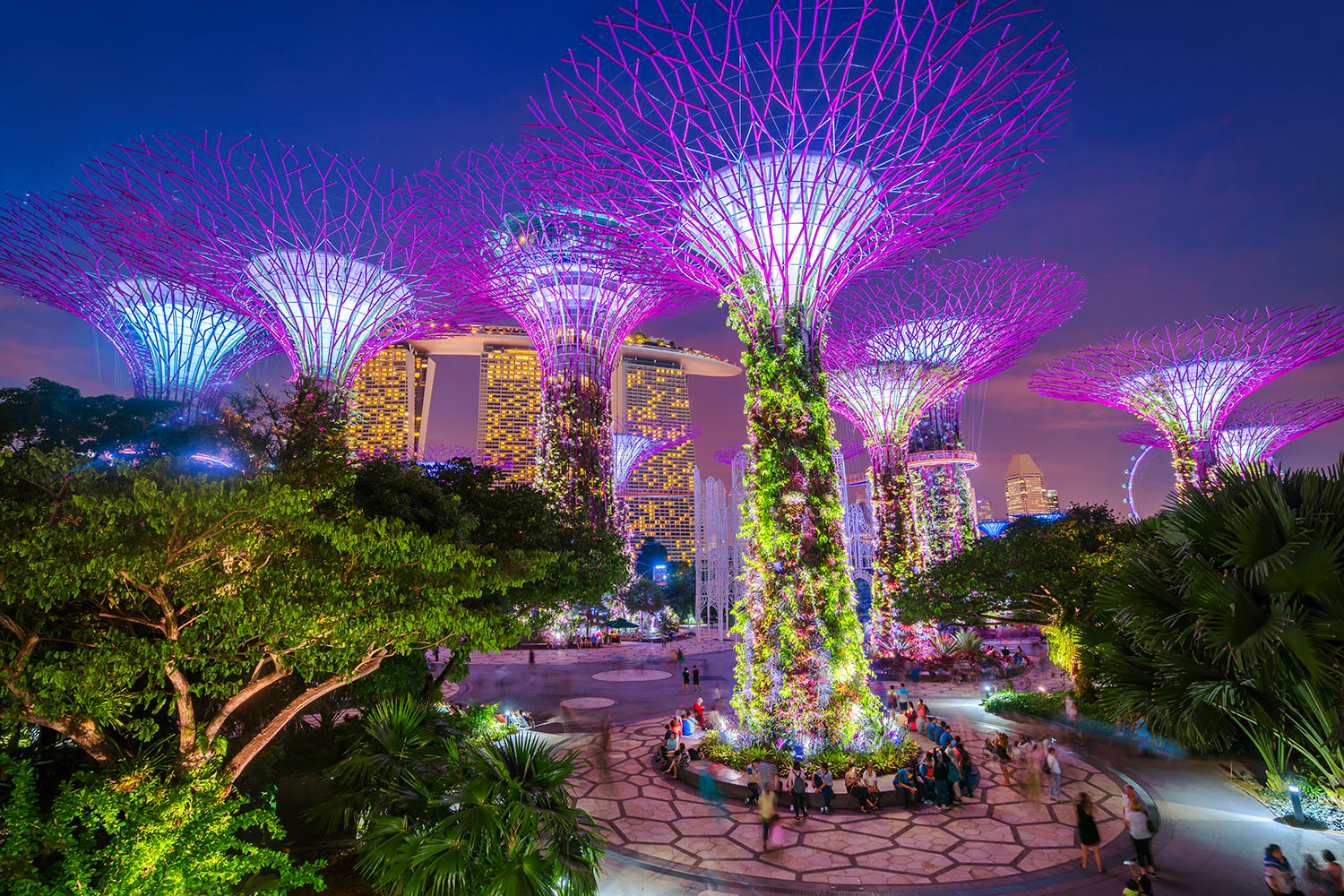 Top 10 Most Famous Architectural Buildings In The World

Have you ever wondered when you are traveling the world what the best architectural landmark is? Here is a list of the top 10 most famous buildings, and also some interesting facts about each one. in no particular order:

1. Gardens by the bay, Singapore

firstly, it is a botanical garden in Singapore’s thriving marina bay. Designed by Grant Associates, the flower dome became the largest greenhouse in the world. In addition, the aim of the gardens was to raise the quality of life by enhancing greenery and flora in the city.

The final construction cost for the project, not including the price of the land. But it was including an access road, drainage works, and soil improvement, within a £770,000,000 allocated budget. The annual operating cost is approximately £43,155,219. Because of its popular tourist attraction, the park received over 50 million visitors in 2018.

Secondly, the linked hybrid is a building complex built in Beijing; China designed by Steven Holl architects. Furthermore, the building is known for its environmental design and uses geo-thermal wells for cooling and heating.

It was built 2003-2009. Over 2500 people living there. In fact, it contains 750 apartments, commercial areas, parking, hotel, cinema, and educational facilities including a kindergarten and school.

The shard also referred to as the shard of glass is a 72-storey skyscraper, designed by the Italian architect Renzo Piano. It is the tallest building in the UK and the seventh-tallest in Europe. The construction of the building began in 2009 and it finished in 2012.

Metropol Parasol is a wooden structure located in the old square of Seville, Spain. The architect was a German architect Jurgen Mayer. Furthermore, it is approximately 26 meters and claims to be the largest wooden structure in the world. The structure consists of 6 parasols in the form of giant mushrooms.

The cost of the structure approached 100 million euros which is £86 million.

The Burj Khalifa is a skyscraper in Dubai, it has a total height of 282 meters. As a result, it is the tallest structure and building in the world. The architect was Adrian Smith of Skidmore, Owings & Merrill.

It was designed to be the centrepiece of large-scale, mixed-use development. To list, it includes hotels, residential properties, restaurants, corporate suites, 2 sky observatories, parking, and a sky lobby.

The construction of the Burj took 22 million man-hours and the total cost for the project was about £1.2 billion.

The Petronas Towers are twin skyscrapers in Malaysia. The architect was Argentine-American architect Cesar Pelli. They remain the tallest twin towers in the world. They feature a double-decker sky bridge connecting the two towers on the 41st and 42nd floors. This makes it the highest 2 storey bridges in the world.

Construction of the towers started in 1993 and was finished in 1996. And the cost of the construction cost £1.2 billion.

Known worldwide for its nearly 4 degrees lean (the result of an unstable foundation). In addition, the tower is located behind the Pisa Cathedral and is the third oldest structure in the city’s cathedral square.

There has been controversy about the real identity of the architect of the leaning tower of Pisa. The architect is Bonanno Pisano. However, a study in 2001 seems to indicate Diotisalvi was the original architect, due to the time of construction.

To begin, the construction of the tower occurred in three stages over 199 years. Construction started in 1172. Foundations were laid in 1173. The tower began to sink after construction had progressed to the second floor in 1178. This was due to a three-meter foundation, set in weak unstable subsoil. In 1264 the master builder and 23 workers went to the mountains to cut marble. In 1272 construction continued. The construction was finished in 1372.

The Taj Mahal is an ivory-white marble mausoleum on the bank of the river Yamuna in the Indian city of Agra. Built 1632-1653. And the architect was the Mughal emperor Shan Jahan. It then was to house the tomb of his favourite wife and later on himself. The tomb is the centrepiece of the 42-acre complex, which includes a mosque and a guest house.

The taj mahal is believed to have been completed in its entirety in 1653. And at a cost estimated at the time to be around 32 million rupees. In fact, in 2020 that would be approximately 70 billion rupees (about UK £700 million).

The Sydney opera house is a multi-venue performing arts centre. It is one of the 20th century’s most famous and distinctive buildings. The architect was a Danish architect, Jorn Utzon. But completed by an Australian architectural team headed by Peter Hall. The construction first started in 1959 and it ended in 1973. In addition, the cost of the construction was $102 million (£75.6 million pounds).

It features a modern expressionist design, with series of large precast concrete shells, each composed of sections of a sphere.

Finally, the Absolute world is a residential condominium twin tower skyscraper complex. The architect was Fernbrook Homes. The taller building was nicknamed the ‘Marilyn Monroe’ tower due to its curvaceous, hourglass figure. Built 2007-2012.