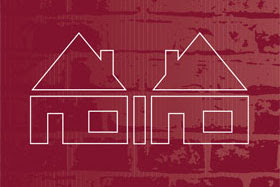 Everything To Know About The Party Wall Act 1996

The party wall act is very important if you’re planning work that will affect a shared wall between you and your neighbours. Here’s everything you need to know about the act.

What is a party wall?

A party wall is a dividing partition between two adjoining buildings that are shared by the occupants of each residence or business. Typically, the builder lays the wall along a property line dividing two terraced houses. So, that one-half of the wall’s thickness lies on each side.

What is the party wall act?

The party wall act 1996 introduced a procedure for resolving disputes between owners of neighbouring properties. As a result of one owner’s intention to carry out works that would affect the party wall.

An act to make provision in respect of party walls, and excavation and construction in proximity to certain buildings or structures; and for connected purposes.

What does the act do?

The act came into force on the 1st of July 1997 and applies throughout England and Wales. It provides a framework for preventing and resolving disputes in relation to party walls. Also boundary walls and excavations near neighbouring buildings.

Anyone intending to carry out work of the kinds described in the act must give adjoining owners notice of their intentions. A notice must be given even where the work will not extend beyond the centre line of a party wall.

It is often helpful if the owners consider themselves joint owners of the entire party wall instead of sole owners of part of it. Although there is no written consent or agreement, the act provides for the resolution of disputes.

What does the act cover?

What happens if you don’t serve a party wall notice?

A party wall notice offers you protection from false or malicious claims from your neighbours and from expensive legal costs. If you fail to submit a Notice and damage is caused, when your neighbours take you to court it will be a black mark against you before you even attempt and defence.